What’s the Fuzz with Blockchain-based CryptoCurrencies?

The best analogy I can give when people ask me what Blockchain-based Cryptocurrencies are, is that it’s like having

When creating a Swiss Bank account, you go to Switzerland, deposit your cash, and then you’re given a number. You lose your number, and you lose your ownership of your account. The Swiss bank also doesn’t give you interest. Instead, you pay them fees for keeping your cash with them.

Also, unlike having a Swiss Account, you don’t have to travel to Switzerland to open a new account, nor do you have to pay so much. You can have virtually unlimited number of Accounts or Wallets, that are accessible 24/7, with very minimal transaction fees.

The Value of Money

We are so familiar with what Banks are. They hold our huge amount of cash for safekeeping. In turn, they stamp a value in our passbooks, or bank controlled ledgers, to guarantee that our cash are still there with them.

Say Person A deposits PHP1,000,000.00 in a Bank. How does this bank earn money? The bank utilizes this amount to invest in other businesses or engages in its own lending business. It can lend the money to its customer for an interest.

When Person B borrows money from the bank, say PHP1,000,000.00, the bank will use the money of Person A and offer it to Person B. However, because of the Central Bank ruling on required reserves for all of their deposit liabilities, the bank can only loan out in excess of the required reserves of say 10%. So, only PHP900,000.00 will be loaned out to Person B.

Then, Person B will highly likely ask the same bank to safekeep that borrowed money. The bank stamps Person B’s passbook, or the bank controlled ledger, indicating that B now has money with them amounting to PHP900,000.

Here comes the fun part. In reality, the bank only has PHP1,000,000.00. But, when we try to add up the bank balances of Persons A, B, and C, it would seem that the bank has a total cash holding of PHP2,710,000.00. Guess what happens when the three of them tries to withdraw their balances all at the same time. Yes, there will be a Bank-run.

When that happens, the bank may declare bankruptcy, or when the state thinks that the bank is worth saving for the sake of the national economy, it will print money, out of thin air.

Bottomline, the value of our currency is highly dependent on our Central Bank and the top bankers. They ultimately control our ledgers.

It’s because for this reason why great minds around the world have come up with a way to distribute the management of our ledgers.

Because these are independent database servers, which an average Joe can maintain himself, how will the entire community agree on how much Person A has? How about how much Person B gives Person A?

The solution was the Blockchain. These many independent servers run a particular Blockchain Node, thus become part of this decentralized community of validators, sometimes referred to as blockchain miners. The blockchain achieves consensus by having at least 51% of the entire community agree on the true chain.

This is to avoid having Person A say attempts to announce that he has given Person B P100.00 without announcing it to the entire network, and then attempts to announce again that he has given Person C that same P100.00. The consensus of the blockchain miners is needed to make sure that Person A only gives that single P100.00 to another one person.

In 2009, an unidentified person, hiding under the name Satoshi Nakamoto published his white paper on the Blockchain. He eventually deployed the Bitcoin network which runs the Blockchain algorithm and is now being consistently developed and improved by the community. Because Bitcoin was the first one to start the crypto craze, it has the upper hand of market acceptance.

From virtually having no value at the start, people eventually exchange their FIAT currencies for Bitcoins pushing the market price up, reaching more than $8,000.00USD/Bitcoin as of this writing.

Another blockchain-based crypto is Ethereum, which unlike Bitcoin, is headed by a real public person, Vitalik Buterin. The Ethereum network was launched in July 2015 and as of this writing, has risen to a little over $400.00USD/Ether in value. Another good thing about Ethereum, is that unlike Bitcoin, it doesn’t simply act as a store of value. It is a platform, in which other applications can be built on top of. In fact, it has a special feature called ERC20 standard, that can store all other different tokens on the same public address. Because of its extensive scope, it is supported by a lot of different organizations, known as the Ethereum Enterprise Alliance (https://entethalliance.org/) How to have an Ethereum Wallet?

Because it’s a blockchain, the entire ledger is stored in the cloud, on different independent servers in the US, China, Philippines, etc, maintained by different people, including big enterprises, and small average Joes. You can in fact maintain your own Ethereum Blockchain node containing the entire Ethereum transactions there is ever.

Mathematically speaking, this means that having billions of computers, trying billions of keys a second, for billions of years, would still give one in a billion chance of discovering a working address.

Now, how do you have an Ethereum Wallet? Simply randomly generate a 64 hexadecimal character string for your private key, and whatever Public Address it unlocks will be yours. I know it sounds insane. But mathematically speaking, it is that impossible to come across an address that is also owned by another person.

But, if you don’t trust your ability to generate random 64 hexadecimal numbers, then you can go to MyEtherWallet (https://www.myetherwallet.com/) to generate a private key for you.

Caution: Make sure you double check the web address as there are lots of similar sites that try to imitate MEW to phish for your identity and accounts. If you want to settle with that particular Private Key – Public Address Pair, then keep your private key in a safe place, if possible broken into many small strings and in different locations. Knowing the private key gives anybody access to your wallet, so it’s worth the time investment to keep it secure, or for convenience, spend on hardware wallets to keep the private keys for you.

How Can you Maximize Gains in Ethereum?

Playing Currencies is all about perceiving the market better than the average population. Currencies are modes of exchange for actual goods and services that we actually consume. According to Warren Buffet, currencies are never great investments as they do not have intrinsic value. The value only comes after the market says it has value.

For now, you can’t buy groceries using your Ethers. That is yet to happen within the next three years. But now, you can buy companies and their ideas as they launch their startups in the crypto world and ask for your precious ethers.

Cryptos are on their infancy. So a lot of market capitalization is needed to fund these different projects before they offer real products and services to the general public. And this is where Ethereum shines the most. It allows these different startups to build their own tokens on top of the Ethereum platform using the ERC20 standard. In exchange for your precious Ethers, these startups then give you their ERC-20 compatible tokens as proof of your investment. In turn, you will receive dividends in the form of Ethers, or exchange tokens with other token holders for a higher amount of Ether.

While Bitcoin encourages you to store them as they appreciate in value as Bitcoin supply gets depleted, Ethers, on the other hand, acts as a Gas, to encourage economic activities around the community. Ethers are not meant to be simply stored. It is meant to be invested in projects, or used as a payment for goods and services with other Ether holders.

Every Ethereum transaction requires a minimal Gas, called Gwei. As of early this month, after a major platform upgrade, it would only take me around 0.1Gwei, or PHP0.05 to make a single transaction 24/7. It’s also very fast taking me at most five minutes before my transaction gets validated by the Ethereum Blockchain network.

Imagine its utility! You can send Ethers across the globe anytime of the day, regardless of the amount (even Millions of Pesos) for less than P1.00 in around 5 minutes. And the Ethereum platform is not even done with its roadmap to be completed post 2018 or 2019. It promises even faster processing speed and virtually 0.00 fees.

Now the biggest question is, is converting your FIAT currency worth the risk? To be honest, nobody knows. Only the market will tell whether our generation is ready to make this financial revolution, or whether our governments will decide it’s a threat to its national interests.

Different countries have different decisions on issues pertaining to the Blockchain technology adoption. Every decision affects the price of cryptos and really, only time will tell if ever we are going to finally transition.

Remember the Dot Com bubble? The dot com market rose to Two Trillion USD worth of capitalization, equivalent to Four Trillion USD as of today, before it collapsed. Only few, such as Paypal, Amazon, and Ebay, out of the thousands of companies who got invested into, survived the crash. A lot was discovered to be nothing more than a scam.

A similar case is happening now. Media hype the crypto craze. People who invested in bitcoin in 2011 had been popping in news now that they have recently purchased their Lamborghinis from the bitcoins they had acquired early on. These early adopters are being highlighted to entice FOMO among newcomers saying had they invested six years ago, they would have experienced 700x growth of their assets.

Only time will tell whether or not our entire generation will finally surpass the prediction of a bubble and enter a new age of financial prosperity brought about by this new financial paradigm. 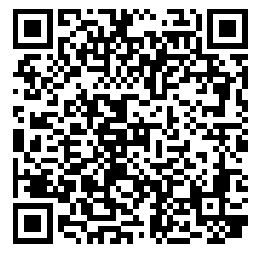 and send some comments below.